Water runoffs into Back Lane 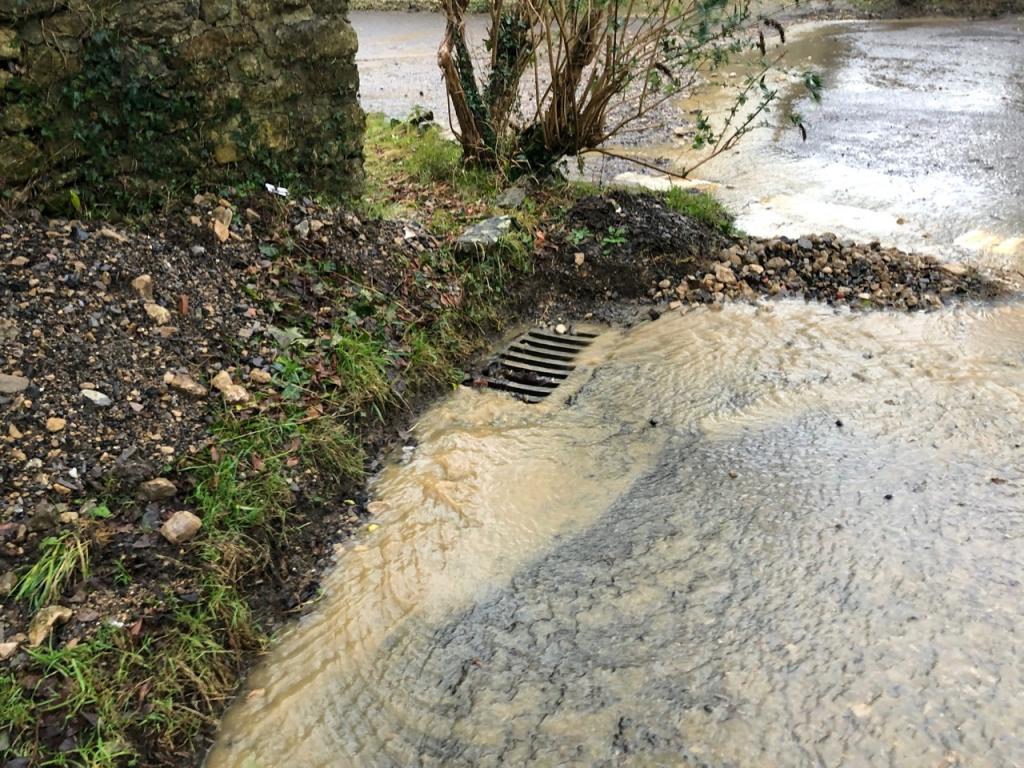 The first of the videos (attached below and filmed in November) shows the runoff from the field into Back lane, at the junction of Old Compton Lane and Cross Road in Bradford Abbas. You can see (and hear) it becoming quite a substantial watercourse.

This follows the landslide where part of the bank slid into the road and blocked half of the road. Dorset County Highways came with a digger to clear the landslide away.

Parishoners were concerned that freezing temperatures would create a serious skid hazard on this fairly busy thoroughfare if the field continued to shed its runoff onto the roadway. Most of the water was flowing into Cross Road and into North Street where the storm drains were under quite a bit of excess pressure already with water from some other fields.

The Parish Council and several Parishoners contacted the farm management company who subsequently  took action to remedy this newly-developed water runoff. Water always runs off the fields in the wet weather, but in decades people in the Parish had not experienced a landslide like this in Bradford Abbas.

Then, in the following month, the water found its way down Fanny Brooks Lane and scoured out the substrate so that, for many people, the footpath was no longer viable.

Again, the farm management company was contacted and they promptly remedied the situation by ploughing across the direction of the flow.

The Parish Council and Parishoners reported the damage to Dorset Council who have now made good the surface and Fanny Brooks Lane is now good to walk on.

Sadly, since I wrote this news item, more rain has dislodged the road planings used to surface the path so nicely, and strewn them all across the junction with Back Lane and Bakehouse lane. A report has been sent to Dorset Council Highways and the Parish Council continues to follow this issue up with Dorset Council, urging them to take appropriate action.